With just over a year to go for private companies to have their ASC 606 plans in place, many organizations are yet to have done much to get the ball rolling. This is why we began this series, to introduce you to the various steps involved in recognizing revenue under the new standard.

As part of an ongoing series, we are breaking down the 156-page standard and providing key takeaways, including who ASC 606 affects, a brief overview on the five steps, and a look at how ASC 606 will affect different industries, but today we would like to introduce a deeper look at each step:

With considerations including standalone selling price, allocating discounts and variable consideration, and changes in the transaction price, there are certain pitfalls in allocating price to each obligation.

After Step 3, determining the transaction price as a whole, you will need to determine the standalone selling price of each good and/or service promised in step 4. As is often the case, the way to do this is to determine the price based on standalone sales of the good or service to similarly situated customers.

However, this is not often observable. When this is the case, a seller is to determine standalone prices in one of three ways:

Oddly, for US-based businesses, the new standard will provide more flexibility for organizations than the previous standard, a rare occurrence within ASC 606 according to the KPMG Revenue Issues in Depth Article. Under the current standard, standalone selling prices are often established by determining vendor-specific objective evidence (VSOE).

Notably, determining standalone prices will require a fair amount of judgement from the selling entity, as many organizations do not have robust processes in place for determining prices. To reasonably establish controls, KPMG recommends organizations follow this five-step process.

A discount should be allocated entirely to one or more, but not all, performance obligations in the contract if all of the following criteria are met:

If a discount is allocated entirely to one or more performance obligations in the contract, an entity should allocate the discount before using the residual approach to estimate the standalone selling price of a good or service.

KPMG brings up a few observations, most notably that entities should take a different approach when a large amount of goods and services are bundled in various ways, and to establish a policy for determining what ‘regularly sells’ together.

Variable consideration that is promised in a contract may be attributable to the entire contract or to a specific part of the contract, such as either of the following:

Prices change, and for that, there are certain paths to follow and pitfalls to watch. If and when this does happen, an entity should allocate to the performance obligations in the contract any subsequent changes in the transaction price on the same basis as at contract inception.

Conclusion: Time to Get Moving

16 months may seem like a long time (it’s only five if you’re a public entity), but many organizations are seeing challenges in making the move to implement new processes and systems to meet the requirements of the new standard.

Even if we’re posting monthly blogs leading up to the effective date, you should already be looking at transition methods and other industry-specific considerations that you need to make. To address this, we’ve compiled a list of resources for companies looking to prepare for the upcoming standard:

Sage Intacct recently presented a three-part series on the new standards, which you can view on-demand.

We welcome you to peer through the full text, the AICPA guidance, and to get in contact with us to learn more about preparing for ASC 606 with outsourced accounting services and/or a new accounting software designed with new RevRec Standards in mind. How to Know When QuickBooks No Longer Makes the Cut Eight Things to Look For in an Accounting Software (Part 1) Eight Things to Look For in an Accounting Software (Part 2) 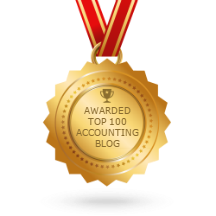 What Sage’s Acquisition of Intacct Means for the Software Market